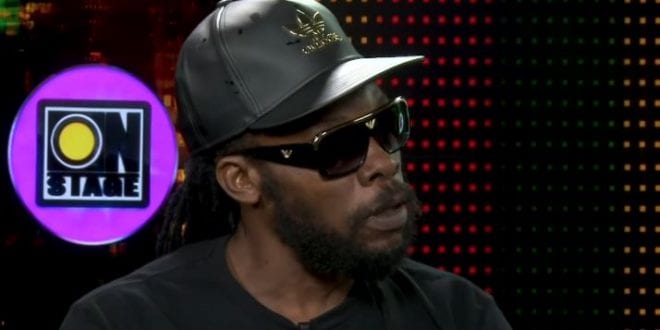 Bushman spoke about his career and how it is doing very good, even though he went through a bit of struggle after Rebel Salute. He is feeling good about his fans who go out of their way to let him know that they admire him.

In a recent interview, he said he was looking forward to performing on Rebel Salute again and wondered why he had not heard from Tony Rebel yet.

He spoke about a song that was doing well for him abroad, it was done because of his concern for the children who are being abducted both in Jamaica and overseas. He is very concerned about the way the men pressure the teenage girls, wanting them to grow before they are old enough, not allowing them to prepare to face life in a good way.

The song is not released in Jamaica yet, but he plans to change that soon. He also wants the bus drivers in Jamaica to stop playing the lude music on the buses that the school children travel on.

Bushman will be putting on an event, Sharkies Sea Food Fest, on the 21st of October, he will be the only culture artist there will be a number of the young artists there to entertain the audience, he is expecting to have Jahvillani, Vanessa Bling, Teejay and many more of the young artistes who are popular in Jamaica this year.

Previous DWL: Trini In Jamaica asking Questions… You Won’t Believe The Answers! [Video]
Next Shauna Chin Here Cussing Out Digicel After Her IG Page Got Hacked By I-Vany [Video]