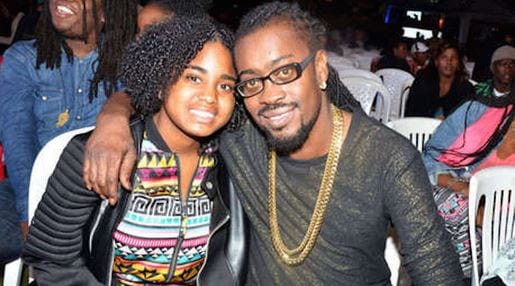 Dancehall Queen Carlene blasted Beenie Man for not doing enough for his daughter while they celebrated at her graduation.
[Sharingbuttons]

In a video that was in circulation on social media, Carlene spoke of all the difficulties she went through and how hard it was for the daughter she had with Beenie Man to qualify for her graduation.

The video is 5-minutes long and Carlene can be seen thanking all the persons who helped her when she struggled to assist her daughter, Crystal Davis to complete her studies.

Carlene said, she would not glorify anything that was not real and both her and her daughter made it without a father.

Many persons have started talking about the fact that Carlene implied that Moses “Beenie Man” Davis was not supporting their daughter.

There was a fan who seemed to believe that Carlene is jealous because the dancehall star has a new baby with a woman who is much younger than her.

However, most of the persons heaped praises on Carlene and agreed with her for doing what she did.

The 45-year-old Dancehall King has a number of children with many different women and it is not hard to understand why he might not be able to find time to spend with all his children, since his career keeps him busy.