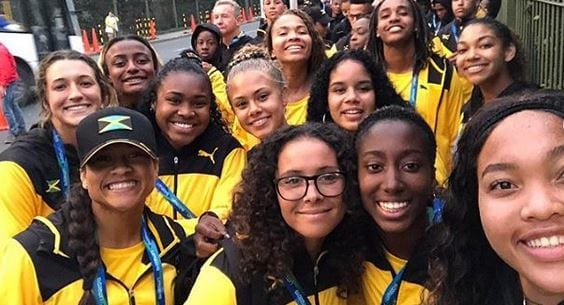 Reggae Girlz vs. Mexico At The Pan American Games

The Jamaica Reggae Girlz are currently in Peru where they will be competing for the first time at the Pan American Games in Lima. The girlz will kick off their tournament tomrrow Sunday july 28 against tournament favourites Mexico.

Jamaica is drafted in a challenging group which involves Mexico, Paraguay and Colombia. Jamaica next faces Colombia on Wednesday, July 31 then Paraguay on Saturday, August 3rd.

“I am just looking forward to the girls going out there, play our game and hopefully, they can come back home with a medal. As they said, at the Central American and Carribean (CAC) Games we came home with 27 medals, so hopefully this time around we can get 30 or more.” stated senior player Trudi Carter.

Carter also went on to state that the Reggae Girlz are more confident going into the tournament having been to the World cup a couple of months ago.

“The girls are going to miss Khadija Shaw because she is actually our main player (and) goalscorer” Khadija Jamaica’s superstar Player has recently signed to Football Club des Girondinis de Bordeaux in France and will miss the Pan American Games.

Head Coach Hugh Menzies said that “the team is as ready as they can get right now…I just want to make sure that people understand that we are here to compete for our country, but it’s not only that, it’s more about women’s empowerment, and we have to continue that call because we have to change the mindset of people in our country and our culture. This is an opportunity to be on the global platform and show that women can play football too.” 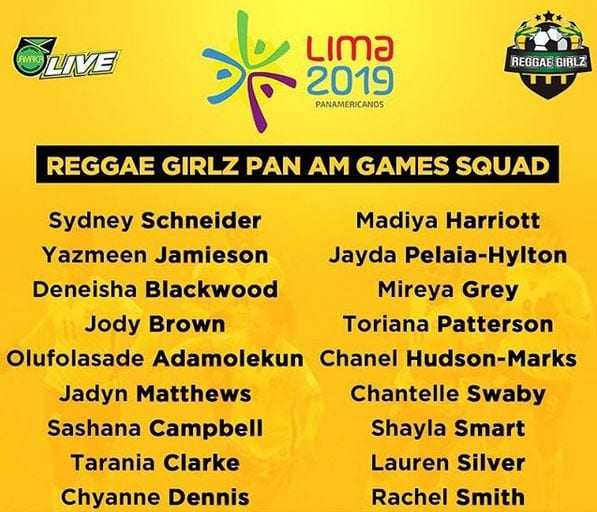 The Reggae Girlz’s foreseeable future looks bright after getting major sponsorship from Alacran Foundation and continued support from Bob Marley Foundation head by his daughter Cedella Marley. This move is expected to bring a change in  the way Women football is run in Jamaica, more support for the girls.