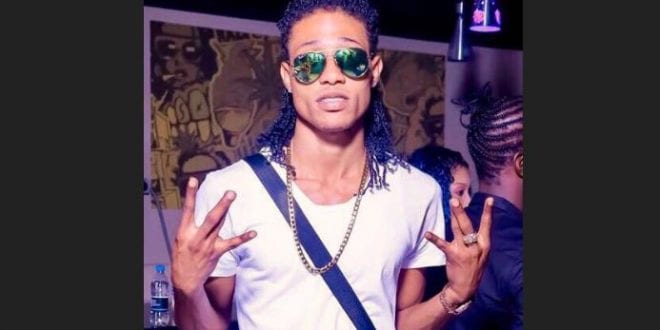 Javian Chambers aka Sikka Rymes a known protege and family member of jailed dancehall star Vybz kartel is now undergoing surgery after being shot multiple times. The deejay was trailed after performing at an event in Sandy Park in the early morning of Sunday, December 1st.

The shooting reportedly took place at about 3:45am in the vicinity of the Sovereign Shopping Centre, the entertainer’s bike was shot at by unknown assailants the police reported.

Sikka Rymes had surgery at the Kingston Public Hospital to remove reported 3 bullets from his body. Further reports state that the deejay was responsive before surgery however his future is still uncertain.

This is not the first time the deejay as been admitted in hospital as he shared pics of himself in the past being bedridden and very weak in the hospital, we hope the deejay finds the strength to pull through.

One person commented online “Hey hope all is well. Prayers up, hoping for a safe surgery, and a speedy recovery, words can’t express how sad this is Jed…🙏🏽🙏🏽🙏🏽 Thanks for the update, hope the next update is more positive. I’m loving the whole set up with the tv etc… Remain humble, blessings…” while another said, “Watch your surroundings, keep your friends close and your enemies even closer,, prayers going out to Sikka rhymes and his family and friends”.

MC Nuff and fellow Gaza member Shawn Storm went online to share their sad feelings on the matter, Nuffi also stated that he contacted Lisa hyper and she was crying over the situation as she is very close to the deejay.

Rymes who is still hospitalized explained that he not doing well because he is unable to write music etc “not a good feeling right now” he said. Sikka also cleared up earlier reports about him getting shot while at a stoplight “mi nuh deh a nuh stop light ” he states.

Sikka Rymes did not state specifically where the shooting took place, Listen below for full details from Sikka Rymes himself.