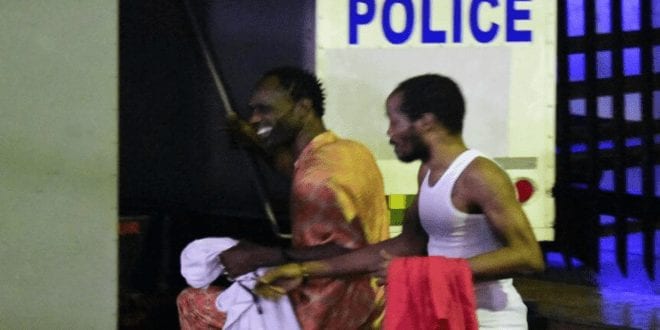 “Don’t [email protected]%k with me Jamaica, I’ll be back!” Ninja Man Shouted Before Being Escorted…

👁️ 306 VIEWS
sharetweetWhatsapp
PinterestDiggLinkedinRedditStumbleuponTumblr
Share
Dancehall veteran Ninja Man promised his fans that he will return soon, after being found guilty of murder inside the Home Circuit Court in downtown Kingston on Monday.

Before entering the truck, Ninjaman shouted, “don’t [email protected]%k with me Jamaica, I’ll be back!”

He was then escorted into the truck.

Another man Clayton who was found guilty along with Ninja Man and his son reportedly shouted words of encouragement to his child’s mother “to take care of herself.”

The three accused were found guilty by a Seven member jury for 2009 murder of Ricardo Johnson also called Trooper.”

Previous ‘Touched By an Angel’ Star Della Reese Passed Away at 86
Next Bounty Killer Dismiss Rumours That He Was Granted His US Visa,…”in due time”