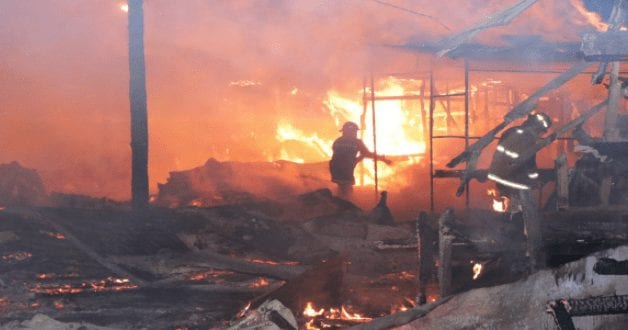 Vendors reportedly saw fire coming from the commercial space at about 3:00 am and alerted firefighters who quickly responded but were not able to save many of stalls that were stacked with their wares.

“I lost several bags of goods and other items and it has come at a time when I was preparing for Christmas sales,” one distraught vendor, Errol Whyte told Loop news.

Another vendor revealed that he was at home when he received the terrible news that the market had been gutted by fire.

Authorities say they have since started an investigation to determine the cause of the blaze.

Previous This girl’s 2 Man surprised her at work… See what happened [Video]
Next St. Thomas Protest Organizer In Police Custody