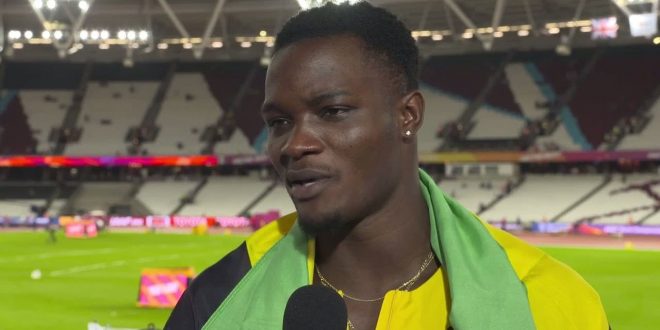 McLeod, the 110m Olympic Champion, made history as the first Jamaican to win gold in the Men’s 110m hurdles at the World Championships.

He is also the second man in HISTORY to win the 110m Olympic and World GOLD back to back. American Allen Johnson was the first to do so in 1997, an Olympic champion who followed up with a world title in the following season.