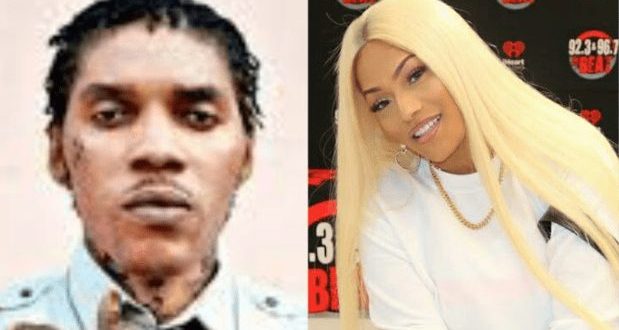 sharetweetWhatsapp
PinterestRedditStumbleuponTumblr
[Sharingbuttons]Popular British rapper/song-writer Stefflon Don says her dream is to work with currently incarcerated dancehall artiste Vybz Kartel and she hopes to get him on her next project.

Stephanie Allen who goes by the name Stefflon Don (pronounced “Steff-lun”), was born in Birmingham to Jamaican parents.

According to an article in TheGuardian dated April 2, 2017 “Stefflon Don first surfaced in 2015 with a cover of Wretch 32’s Six Words, which took the tender ballad and flipped it on its head, she featured on tracks by Lethal Bizzle (Wobble remix), Sneakbo (Work remix) and Angel (Hop On). Coming full circle, she featured on Wretch’s top five album, Growing Over Life last September, then rounded off 2016 by dropping her debut mixtape Real Ting, being named on the BBC’S Sound of 2017 longlist, and lining up as the single most exciting female MC in the UK rap (as distinct from grime) scene.”

She has also been touted as the UK’s answer to Nicki Minaj,… “she raps with wit and ferocity about female empowerment, street life and sex, her brash, charismatic music marked by authentic injections of Jamaican dancehall.”