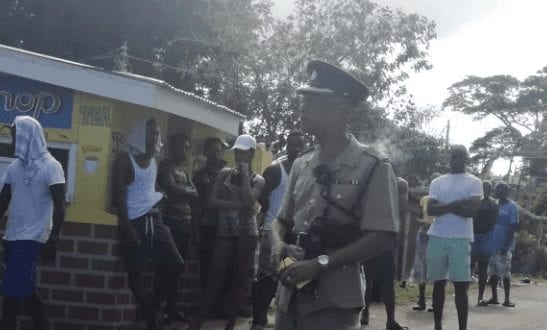 Residents Protest Over Entertainer Who Was Reportedly Shot and Killed By Police In St. Mary

👁️ 286 VIEWS
sharetweetWhatsapp
PinterestDiggLinkedinRedditStumbleuponTumblr
Share
Residents of Charles Town St Mary have reportedly staged a protest this morning over what they say was the brutal killing of a music artiste by a police officer in community last night.

The dead man has been identified as Ramando Brown otherwise called Double G or Yosanja of Charles Town and Content Gardens Ocho Rios.

In a news report, the victim’s sister Nadesha, says her brother was at a party last night, when he was approached by the police. Its alleged that Brown had a knife and the police officer, who was passing the party at the time requested that Brown hand him the knife, when he refused the police shot him.

Commanding officer of the St Mary Division Superintendent Dudley Scott, who was in Charles Town this morning, advised residents to provide the Independent Commission of Investigation INDECOM with any information about the incident.

He also informed the residents that the police officer has been removed from front-line duty and is being questioned by INDECOM.