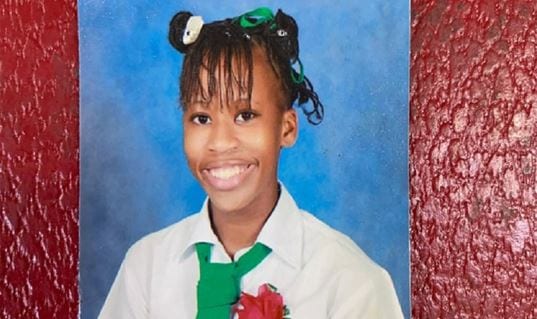 14yo From St. Andrew Gone Missing

14-year-old Alaiyha Jennings as gone missing since September 7th and her parents are unable to get in contact with her, as a result, an Ananda Alert is currently active for her.

According to the Duhaney Park police young Alaiyha Jennings left home early on the 7th. She is slim built, about 4 feet tall and of brown complexion. Alaiyha is from St Andrew.

Anyone knowing the whereabouts of Alaiyha Jennings is being asked to contact the Duhaney Park police at 876-933-4280, the police 119 emergency number, or the nearest police station.

Previous Man Who Testified against DUDUS is Now in Fear Of DEPORTATION to Jamaica
Next “Why you aint Taking Care Of Him?” Dead Beat Dad Gets His Money And Phone Taken By Angry Family Member [Video]