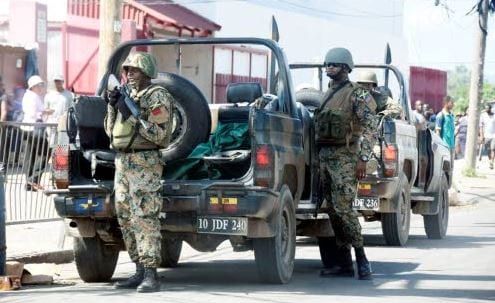 16yo Bus Conductor Shot and Killed in Spanish Town

The deepening Gang feud in St. Catherine has claimed the lives of 5 persons over the weekend.

Demar Reid, a 16-year-old Bus Conductor who was standing on the corner of Burke Rd. and King St. when a Probox motor car drove up and stopped close to him, men came out of the car with M-16 and AK- rifles, they opened fire on him.

Demar’s colleagues have since withdrew their services and called on the Government to do more to protect them from criminals because they work very hard every day to transport people and pay their taxes.

There is now a feud between the Clans Man gang and the One Don gang which is causing the increase in crime in the area now.