220 pounds of trash was found in the stomach of a dead sperm whale that washed up on the beach of a Scottish island last week. The trash that was found in its stomach included fishing net, plastic cups and tubing.

The young whale washed up on the Isle of Harris in the outer-Hebrides, Scotland. The whale was buried on the beach, because it couldn’t be moved. 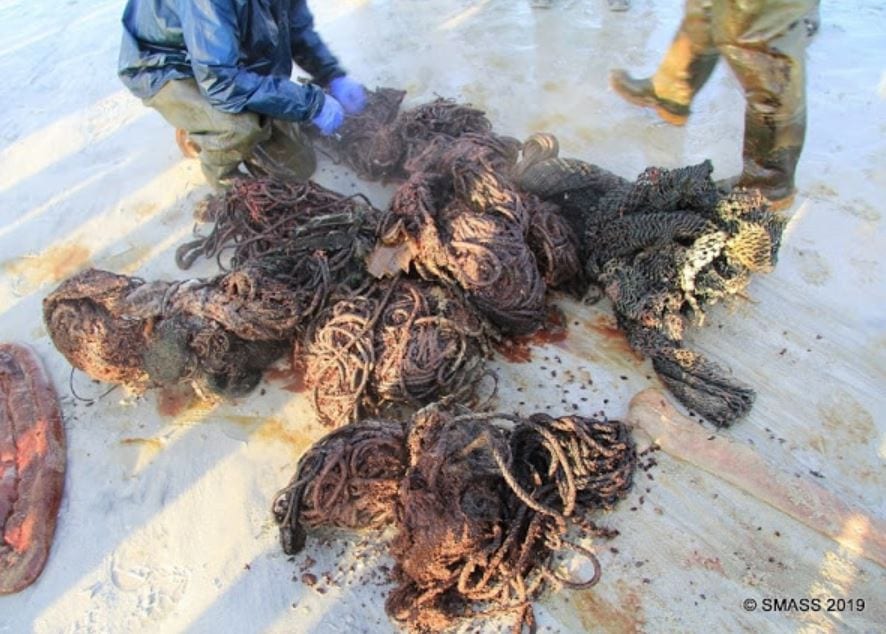 The Scottish Marine Animal Stranding Scheme reported that the debris might not have blocked the intestines of the whale this time, but they are very concerned about the amount of plastic found in the whale was horrific.

5 sperm whales washed up on the Italian shores over the last 5 months and this has caused more persons to be concerned about plastic pollution in the ocean.