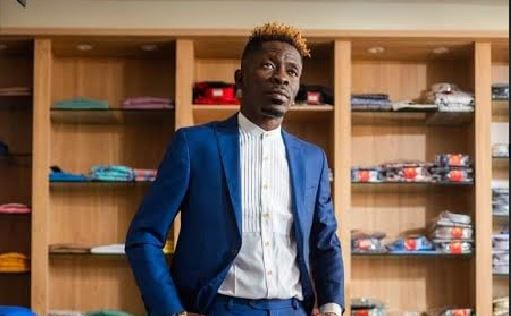 Ghanaian dancehall artiste Shatta Wale has started the party with his latest release, a flavoursome delivery aptly titled, Island. The track was released to the artiste’s YouTube page on January 1st and has racked up an impressive number of views on the lyric video.
[Sharingbuttons]

“One noteworthy point about this track is that, anywhere you go and hear this track a feeling of euphoria will take you over because there is nothing like partying on the island,” the artiste expressed. Now, the accompanying video has captured just that.

The official video was directed by Yan Skyface and will make its way to the artiste’s YouTube page on Saturday February 2nd. The stunning visual was shot in Treasure Island, Ghana and sees Shatta Wale being rescued by a bevy of beautiful ladies after being stranded on a beach. Living up to the song’s lyrics and tone, the video is filled with vibrant colours and non-stop partying – the vibe that one would expect while chilling on an Island.

Shatta Wale delivers a unique sound and style that few dancehall artistes ever acquire, so much so that the high energy dance track has been receiving rave reviews, including major kudos from Dancehall artiste Vybz Kartel, who the artiste credits for some of his musical knowledge.

Tevin Richards of YGF Records and Ridwaan Razak stand at the helm of the project as producers. Speaking on the video, Tevin expressed his contentment with the finished product and knows that it will be well-received.

“The video really captured the essence of the song, anyone will feel the right vibe when they watch it, guaranteed,” he said.

Island is available for purchase via Zojak World Wide on all platforms.