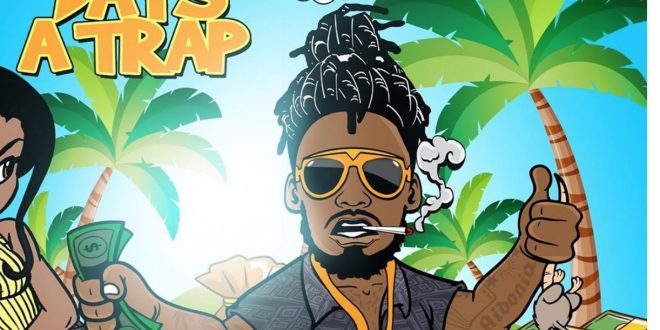 After being absent from the dancehall scene for a while Aidonia returns to please his many fans with a full project of songs ‘Dats A Trap ‘.

The mixtape is combined with new songs such as Emotions, Friends or Enemies and Numero Uno and songs already released such as VVS, DM, Real Killa(RIP) etc.

Stream, Listen the songs below