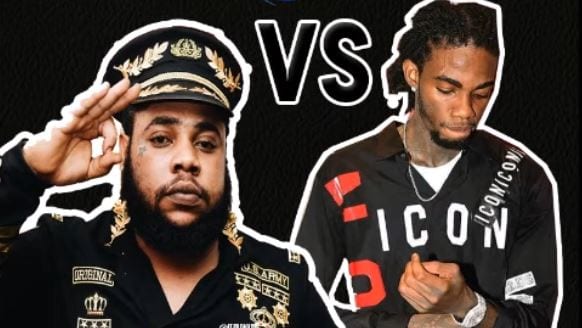 Alkaline and Squash Has the Top 2 Hottest Dancehall Songs

According to youtube and several other online platforms “State A Emergency” By the vendetta boss Alkaline is the fastest moving song online. Right next to it is Squashes Pinocchio, the second most-streamed song currently in Jamaica.

As usual, when two top dancehall artistes clash each other, us fans are pulled in to view and listen, Alkaline’s song “State A Emergency” which was released first has racked up over 700k views and is expected to reach the one mil mark within a week after release.

Squash’s Song aimed at Alkaline was released on Aug 30, 2019, and has racked up over 400k views and is also on track to reach 1mil views within 7 days after release.

Both artistes got personal as Alkaline makes fun of Squashes Dead Brother “G-Man” while on the other hand, Squash states that his Manager Heavy D had sex with Alkaline’s mother.

These are their first songs going directly at each other, we await a round two, usually, a counteraction is released within 7days of a diss track.

Previous USA based artist Alrick James from Salt-Spring Mobay on the Rise
Next Bahamas hit by Hurricane DORIAN.. Strongest in Their History [Video]