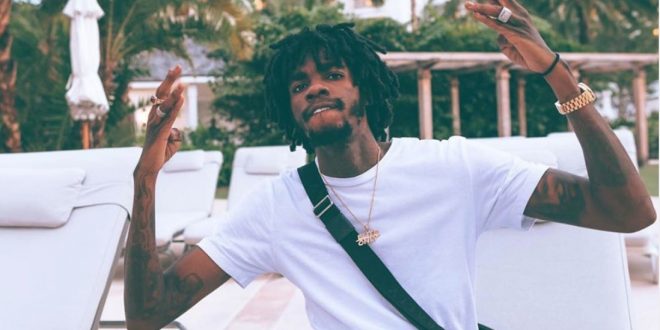 Alkaline Has the #1 Trending Song/Video in Jamaica

The vendetta boss Alkaline has returned to the top spot in Jamaica youtube stream after releasing his latest music video and first of the year for his hit song titled “OCEAN WAVE”.

Released on May 31st, OCEAN WAVE has racked up over 400k views in two days.

SOME LYRICS “we a create big waves like the ocean… unuh neva see a force so strong”.

According to youtube and several other online platforms “ocean Wave” is the most streamed song in Jamaica currently, noted on June 2nd.

Masicka has the second most-streamed song in Jamaica with “Grandfather” that was in number one position for some time until “Ocean Wave” was released. Alkaline’s recently releases hardcore dancehall song “Cree” is the third most viewed on youtube.

One person commented “Vloggers destroying dancehall they are putting artise and fans against each other straight from the gaza block i give alkaline his respect” While another said “I feel like this should be black people’s anthem especially with everything that’s going on around the globe”.

“Ocean Wave” was Produced by TRU AMBASSADOR ENT, Watch the music video below.