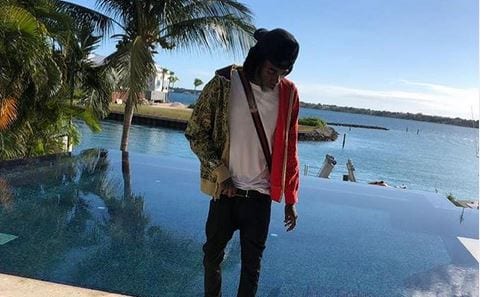 Dancehall star Earlan Bartley aka Alkaline is steady planning and putting together the final touches to his anticipated single titled “Vacation”.

Alkaline made his fans see the cover image of the unreleased track fourdays ago and they are crying out for it to be released. One fan told Alkaline that it’s his year while another demanded the deejay to drop the song.

Alkaline wrote “it a load” as he usually do when he is about to drop a song on his youtube channel. By all accounts the song is expected to be a summer party song.

The track is produced by Gego Don records and is expected to drop anytime soon. See cover image to the song below, we can only imagine that song song will have abeach vibe.