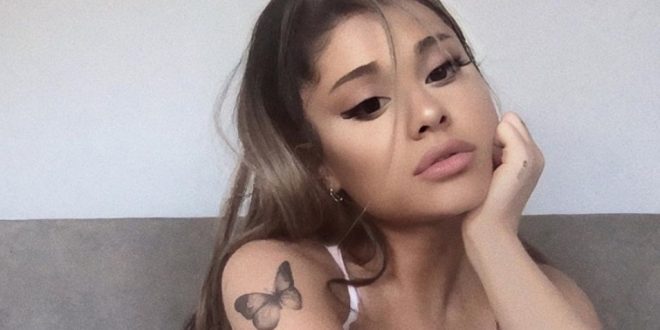 Ariana Grande Has This To Say About Men and The Spotlight

26-year-old Pop and R&B superstar, Ariana Grande who decided to shun the spotlight, now she seeks to set things straight about her perceived image in the eyes of social media.

She told Apple Music’s Zane Lowe frankly on Wednesday about how people call her a diva for defending herself.  All-round the years her opinions and remarks about certain things have been misinterpreted whereas she did not see the same criticism addressed at men for voicing their opinions.

“It’s like when men express their opinions or defend themselves or are directing something and making notes on something, they’re brilliant. And they’re genius at it.” Grande said.

All the criticism throughout the years has been a traumatic experience for her and she doubts if she should express herself anymore.

In spite of releasing the single “Stuck with U” recently with fellow rock star Justin Bieber for charity; she said there is no chance she’ll be coming up with a new project anytime soon.

Obviously, the criticism is not an all-time thing but it is certainly prominent and The Grammy-winner needs time to let it go.

Ariana Grande loves talking to people and wants to do interviews but she needs time to work on becoming a person that is not afraid of being herself.