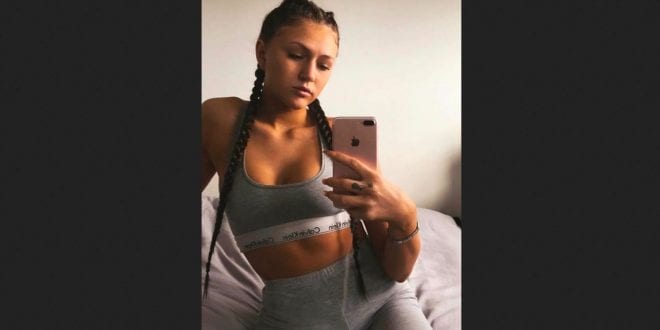 Chloe, a beautiful teenage girl who lived in the UK thought there was nothing good about her life if she wasn’t getting likes, she became too obsessed with social media and decided to kill herself before Christmas.
[Sharingbuttons]

Before Chloe’s death, her sister Jade had noticed that she was targeted by online trolls who would send nasty messages to her. The teen would cry because of these messages and her sister would try to console her as much as she could.

However, the 19-year-old girl didn’t see that she was beautiful both inside and out, as she was caring and did a lot for Jade’s baby and others.

Chloe only talked about the number of likes she got and the horrible comments that were written under her posts, after she started using social media. She forgot all the plans she had made for her life before.

The sister now says her world has been shattered, and the family could not celebrate Christmas after Chloe’s death.