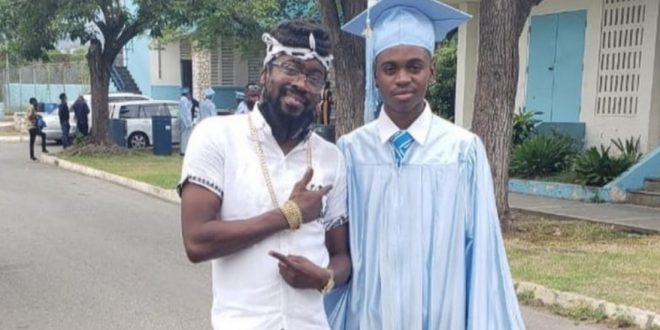 The king of the dancehall is a very proud man which can be seen from the many pictures he posted online of his big son who recently graduated.

In one picture in particular Beenie Man asks his fans who is taller? himself or his son Mosiah. This is a joke that Krystal seemingly keeps running on Beenie.

Beenie Man explains that because of his kids, he works hard “One of the reason I work so hard” he wrote as caption for the image below.

Watch Beenie and his son Mosiah below.