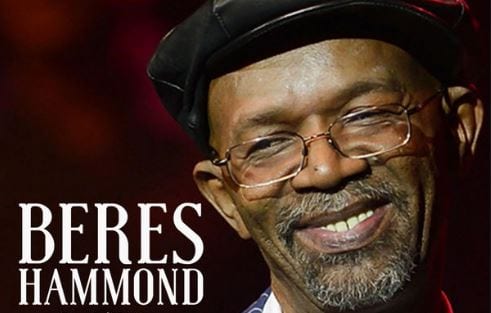 sharetweetWhatsapp
PinterestRedditStumbleuponTumblr
[Sharingbuttons]Beres Hammond will join the line-up for Caribbean Love Now JAMATHON benefit concert set for November 22 in Kingston. The concert will raise funds for relief and recovery efforts in the Caribbean islands affected by Hurricanes Irma and Maria.

“Beres Hammond is one the greatest performers of our time. He is a global superstar and the perfect addition to our epic line-up. With Beres joining Caribbean Love Now JAMATHON we are adding even more power and purpose to what is going to be the most important event for Jamaican music in decades,” said Joe Bogdanovich founder of Caribbean Love Now.

Hammond joins some of the best-known performances in reggae, dancehall and soca for the concert from which proceeds will go directly to the people of countries affected by the hurricanes.

Fans across the world will be able to experience Caribbean Love Now JAMATHON via live stream on YouTube at the Reggae Sumfest Live Streaming & Video channel. An online donation site will be announced shortly through which global contributions will be accepted.
Official website: www.caribbeanlovenow.org
Official Instagram: @caribbeanlovenow
–END–
About Caribbean Love Now
Caribbean Love Now is a hurricane relief campaign that will support rebuilding programmes in islands affected by Hurricanes Irma and Maria.Founded by investor Joe Bogdanovich, the campaign will leverage the businesses and brands with which he is associated to rally donations on behalf of the people in islands impacted by the hurricanes. Each business and brand will participate in the relief effort in their own way. The campaign’s launch partners are Reggae Sumfest, Downsound Records, Downsound Entertainment, FranJam, KLE, Usain Bolt’s Tracks & Records, H&L Rapid True Value, H&L Agro, Parkland Industrial Co., Argyle Industries and the R Hotel.