[Sharingbuttons]
Jeff Bezos the Princeton University graduate who decided to quit his job in 1994, as vice president at a financial services firm D. E. Shaw & Co. Set out to use the growing internet market to his advantage and started Amazon. The e-commerce portal was operated from his garage before it was moved to its current headquarters in, Washington, U.S.

Jeff Bezos who is worth a mind blowing 131.1 billion USD recently agreed to pay $165 million for a Beverly Hills mansion on nine acres of land, and sources revealed that a record was set for a Los Angeles-area home. 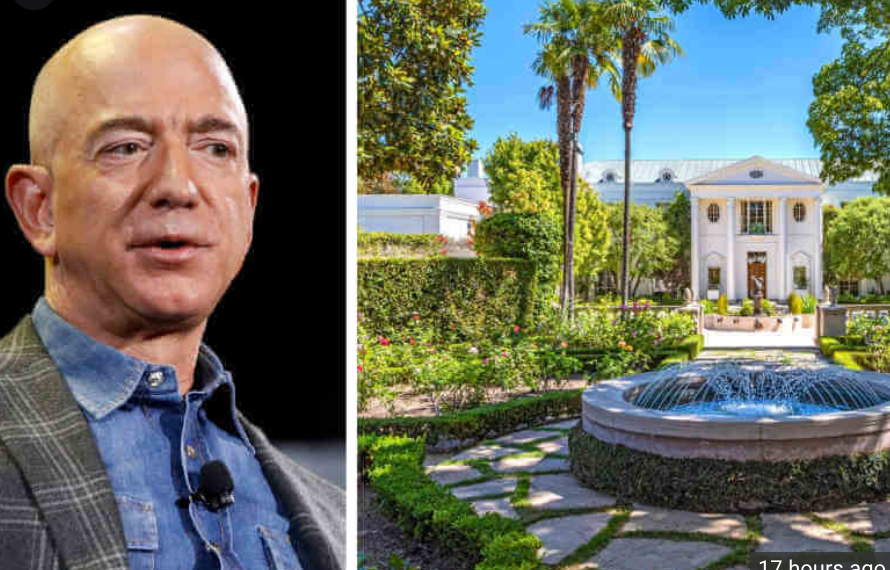 The property was designed for Hollywood film mogul Jack Warner in the 1930s and was described as the “archetypal studio mogul’s estate,” it is built in Georgian style with expansive terraces and it’s own nine-hole golf course.

Emerging just days after regulatory filings revealed that Bezos had cashed out $4.1 billion of Amazon shares and this also comes in the midst of reports that he entered the art market and allegedly set a record for artist Ed Ruscha at a Christie’s auction when he purchased a $52.5 million “Hurting the Word Radio #2” in November and bought “Vignette 19” by Kerry James Marshall for $18.5 million.

It is alleged that the purchase of the Warner estate was reported earlier on Wednesday by the Wall Street Journal. The property belonged to David Geffen since 1990, he paid $47.5 million. Bezos was also seen on the entertainment mogul’s mega-yacht last summer socializing, with girlfriend Lauren Sanchez and Goldman Sachs Group Inc.’s former chief, Lloyd Blankfein. Photos were displayed on Instagram.

It’s something of a change for Bezos, 56, who once had a low-key personal life and has been a source of frequent headlines since the 2019 divorce he and MacKenzie Bezos did. He’s been walking red carpets with Sanchez and has even been involved in geopolitical controversies because of allegations that the prince of Saudi Arabia was involved in hacking his phone.

Bezos shopped for an estate for many months, according to agents who were contacted during the search.

The purchase has added to a string of mega-deals for these high-end residential properties since the beginning of 2019.

Bezos’s real-estate empire already has homes on both U.S. coasts, he has a Washington, D.C., mansion where he hosted a party recently for capital elites including Jared Kushner and Ivanka Trump. He owns 420,000 acres of desert scrub in Texas also.