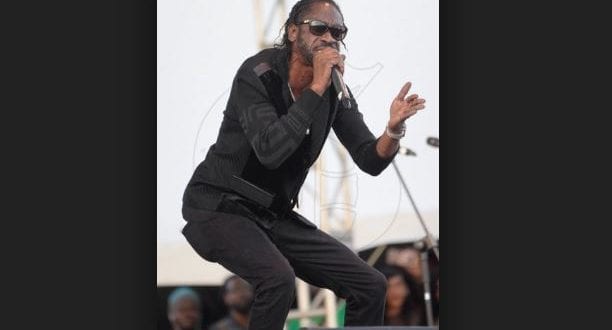 Rodney Price says the government could get ideas about how to make Jamaica a better place by listening to the music of his and that of Buju Banton.
[Sharingbuttons]

Among other things, the self-described poor people governor, used the Rebel Salute stage on Sunday morning to argue for a more inclusive society.

Delivery songs such as Poor People Fed Up, Down Inna The Ghetto, Anytime, Born As A Sufferer, & Look Into My Eyes. Bounty Killer, who hit the stage as Rodney Price, said that the government had long been warned that crime containment is not the answer to Jamaica’s problems.

Noting that Look Into My Eyes was banned from the airways, Rodney suggested he had foretold that the crime problems would have got worse.

“Government, if you want know how to find the solution, listen some Bounty and Buju.”

He then burst into another of his songs, Outcry, which was recorded with Richie Stephens.

In an attempt to solve the crime problems on the island, the government with the support of the opposition, last year established state of emergency and zones Of the country.

The opposition has since with-drawn its support for the states of emergency.

“State of Emergency is good yes, but that’s to fight crime. We need a state of urgency to fight poverty, and all the elements that lead and breed up crime and violence.”

The hardcore dancehall artiste said that education is one of the main tools out of poverty, but stressed that “Ambition is the key”.