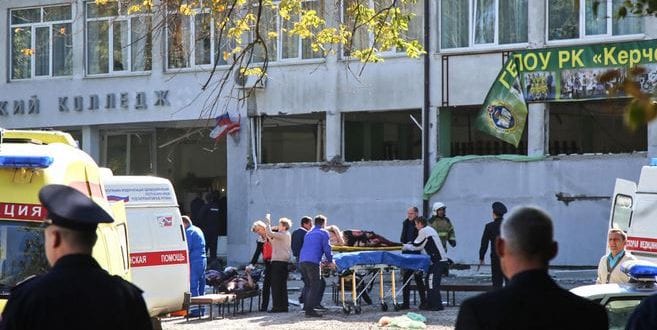 sharetweetWhatsapp
PinterestRedditStumbleuponTumblr
[Youtube ytcode=”https://www.youtube.com/embed/QHfITF8-tR0″]Eighteen people were killed and more than 40 wounded in a deadly explosion in a Crimea college on Wednesday, a top official in Crimea said. Sergei Aksyonov, the regional leader in Crimea, said the perpetrator, who killed himself in the attack, was a student at the school. The Kremlin says the blast could have been a terror attack.