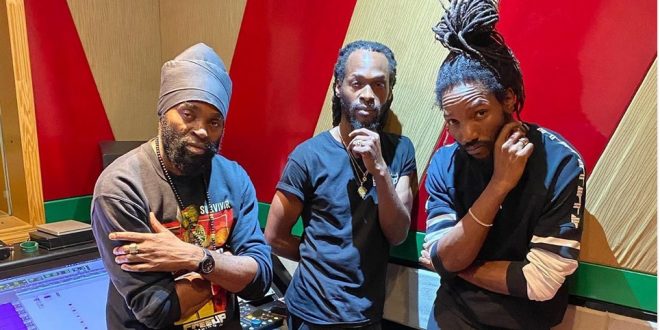 Bugle, Jesse Royal and Kabaka Pyramid want to “CHANGE THE WORLD” with this New Music Video

Rasta reggae artistes Bugle, Jesse Royal and Kabaka Pyramid teamed up to bless us with a powerful message in the form of a song titled “CHANGE THE WORLD”.

The song highlights the recent brutal killing of USA black man George Floyd and the huge protest which followed after. According to Jessy Royal 2000 years ago Christ was killed on the cross however in the year 2020 persons are being crucified on the asphalt.

The artistes who usually sing about consciousness and righteousness did not change their path and in this new release, we are urged to unite and live to change the world for the better.

Bugle informs us that Black Lives don’t matter to some people hence black crimes don’t matter either however this should not be so and this is the time for black people to make a change.

The new music video features the three artistes and many other known Jamaican public figures and entertainers.

SOME LYRICS “i can’t breathe and i don’t want to i’m gonna change the world that’s all i want to do”.

Watch the eye-opening visual below.

RELATED: Jahmiel and Bugle show us “Signs of The Times” in New Music Video