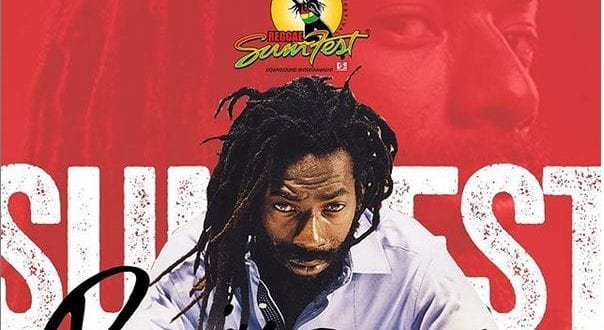 For all those who missed Buju Banton’s performance at the National Stadium last Saturday, will get another chance to see the Gargamel in his element once more this summer at Reggae Sumfest 2019.

The Sumfest team made the revelation on Sunday morning after the Long Walk to Freedom concert wrapped up inside the National Stadium.

‘Sumfest to B.B.C.’ Refers to Buju Banton, Beres Hammond and Chronixx, made the rounds on social media and in print, as the show’s organiser revealed the artistes set to headline the big nights of this year’s festival.

In an interview with CEO of Downsound Entertainment and chief organiser of Reggae Sumfest, Joe Bogdanovich revealed that talks between both Buju and his team began last December, when he was released from prison.

Bogdanovich would not reveal how deep he had to dig in his pockets to ensure the Gargamel would grace the Sumfest stage, but says he is certain it will be money well spent.

In an interview with THE STAR Joe Bogdanovich said “The people love Beres, they love Buju and they love Chronixx, so we come up with the B.B.C. idea. This line up and festival is very special, and I think it’s going to be very hard to beat,” he said. “There’s been a very strong response, the tickets are selling so fast already. I think the VIP and ultra-VIP are the ones that are really hot right now. People are understanding that it’s a seven-day festival, and so they’re also booking the pre-events as well. We’re feeling very positive about the show and we expect things will only get better as we get closer towards summer”.

Previous Anthony B to release his first book ‘The Secret to A Man’s Heart’ on April 12
Next Man Fined $50,000 for illegal Dump