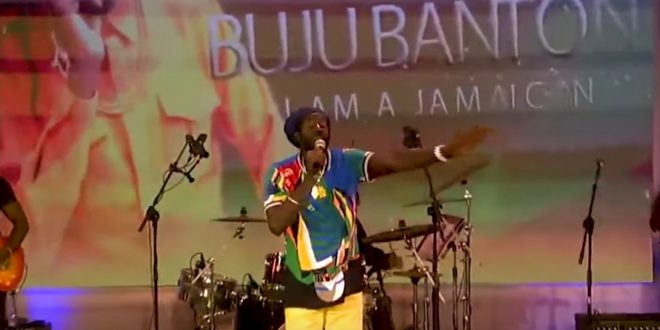 Buju Banton Performs His Festival Winning Song “I am a Jamaican”

Reggae Dancehall legend Buju Banton is the latest to win the Jamaica Festival song competition, before and after winning the award he had to perform the top track for the nation.

Buju Banton alongside 250 other people went up for the grand prize for which he came out victorious adding to his accolade this year of an RIAA Gold plaque for his 90’s album “Til Shiloh”.

The reggae star made it clear that his winnings would be contributed to the Sunbeam boys home, noting that the victory was for them.