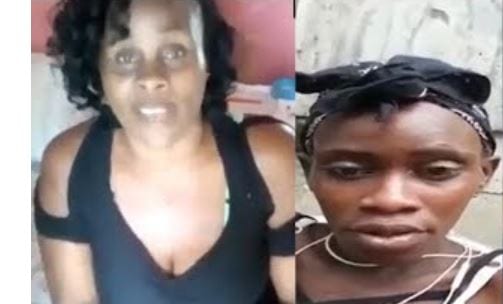 Candy sent out a video yesterday whereby she was bashing her manager and her manager, now her mother is telling their side of the story “She want to go and smoke, drink and party” Candy’s mother states that they had a falling out because Candy don’t want to listen to her when she talks “she nuh wah good” Candy’s mother states that she gonna leave her and watch her from afar.

Ungrateful, Candy’s mother talks about quitting her job to take of Candy and her 8-year-old daughter “unuh sidung and mek Candy a tell unuh a bag a rubbish”.

“Spice show a nuh pay show” Candy’s mother explains that Candy’s manager begs Spice for Candy to perform on the Show, Candy’s 8-year-old daughter also appeared in a video stating that her mother is ungrateful and that her grandmother takes care of her.

Candy Baddy mother also explains that Candy’s manager buys clothes and pay for hairstyles which costs a lot “the man put out him best”.