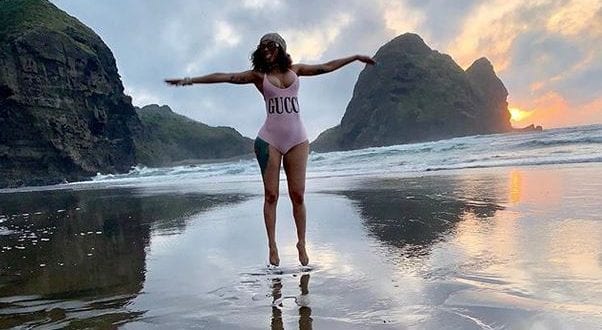 Cardi B has told her fans that she plans to release a new album close to the anniversary of her last one “Invasion of Privacy”.
[Sharingbuttons]

She was recently given a low blow on Instagram by a follower who stated that the entertainer seemed to have a dick, but they went on to say he had major love for her.

Cardi B responded “I pushed a baby out and that however, I have a little fat pussy.” The artiste seems to be determined to be herself, both when she is performing and when she is on social media. She found a way to reassure the fan that she is 100% female.

Cardi spent the last few days Down Under frolicking around in Australia and New Zealand. She performed a number of times and showcased her trademark wit when she stopped her show to pick out a wedgie backstage.

She has been having a good time on the black sand beaches, showing some skin and relaxing.