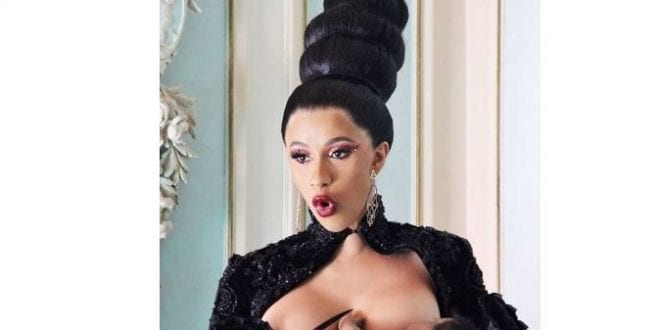 sharetweetWhatsapp
PinterestRedditStumbleuponTumblr
[Sharingbuttons] Cardi B has had some successes, her debut album was a huge success, she has a upcoming Netflix show and her baby girl is healthy but the fan that was hurt during a beat down during the 2018 Met Gala found her and she is drawn into more legal problems. Recently, she was served with lawsuit papers because of the incident as she was making her way onto the set of her upcoming show.

Cardi B was seen walking into SOB’s in New York City’s South Village Area for the filming of the series “Rhythm + Flow”, she was swarmed by photographers and she was heard asking them to edit her photos properly if they are taking her photos in the first place. It was not long after that when a hand that was holding a stack of papers appeared, and the papers were dropped before her while a lawsuit was mentioned.

Giovanni Arnold is the alleged victim and he accused both Cardi B and her partner Offset of trying to dodge the lawsuit. He decided to wait until Cardi B and Offset had a safe delivery of their baby even though the incident happened when Cardi B was seven months pregnant.