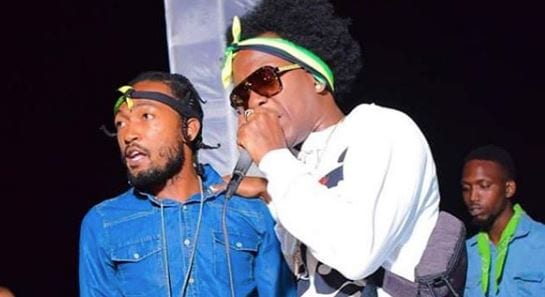 Charly Black Talks About the Loss of Buck 1

Following the murder of Buck One, who was a member of Team Unstoppable, Charly Black who has been mourning the loss of the deejay, finally started posting on Social Media about the tragedy.
[Sharingbuttons]

The dancehall artiste posted on Instagram over the weekend, he paid tribute to friend Buck One who was gunned down in St. Ann recently.

Black wrote. “Jah know my little brother some bad minded none-progressive element cut your journey short, just because they saw that im helping you making your dreams unfold with the strength of the creator.”

Lancelot White aka Buck One was a 29-year-old deejay who was one of two persons killed on the Parry Town Main Road in St. Ann in a gun attack.

Charly Black wrote, “so much plans we have for 2020 and beyond… your passing has your family/friends/fans/ and teammates in sorrows and shambles, but God is in control of everything team unstoppable forever.” As he thought about the plans the deceased entertainer had made for the future.

The fans were visibly upset and one of them left this comment, “Jamaica people dem badmind an corrupt yo f**k. As a man a raise dem kill u quick.”