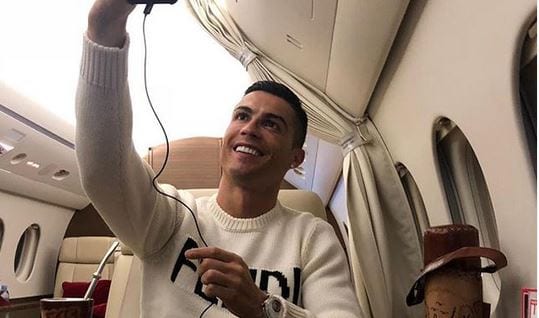 sharetweetWhatsapp
PinterestRedditStumbleuponTumblr
[Sharingbuttons]Ronaldo was accused of knowingly using a business structure to hide approximately E25m generated by his image rights in Spain between 2011 and 2014 when he played with Real Madrid.

The 33-year-old, who played for Real Madrid from 2009-2018, decided to settle the case. He paid 18.8 million euros for a fineand accepted a suspended jail sentence.

After he reached the deal, he paid the 5.7 million euros fine, in July 2018 plus interest of about 1 million euros, according to a report from the prosecutors office.

Ronaldo was slapped with a $21.6 million fine for tax fraud in the Spanish Court and he managed to make a deal so he could avoid serving the 23-month prison sentence.

Spanish law allows persons who are serving sentences that are under two years to be spent on probation. Which means Ronaldo will not serve any jail time unless he commits any other offence.