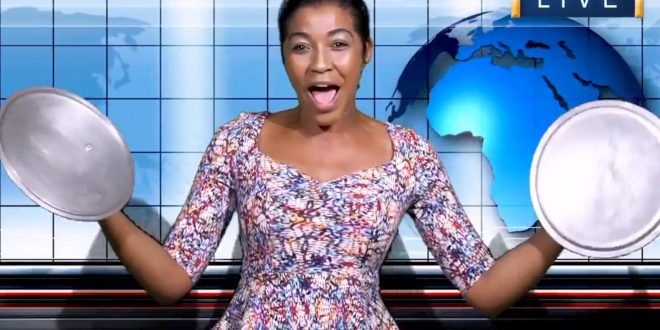 Dancehall entertainer Michelle Downer aka D’Angel is making rounds online after posting a series of hilarious videos whereby she plays the role of a strange news anchor named “Pamela Houston”.

As a result of the clash D’Angel seemingly has a lot to talk about including the fact that she had a relationship with both Bounty Killer and Beenie Man.

She posted the video below and wrote “I swear Flow nuh want mi fi be great! A whole hour dem delay mi news. #thesabotageisreal
The true mark of maturity is when you can laugh at yourself”.

One fan commented “Omg I watched dis bout 10
times. Funny bad. Thank you for making my day. Funny bad….. luv it” while another said “Omg I love you, I’m bored here in Washington DC and I’m crying laughing”.

Pamela Houston aka D’Angel later posted a reaction to getting fired from her job which she lated deleted from her page however it was uploaded to Yardhype’s IG, see video below.

Michelle also had IG buzzing a week ago when she uploaded a sexy picture of herself in a swim suit at the river, see pic below.