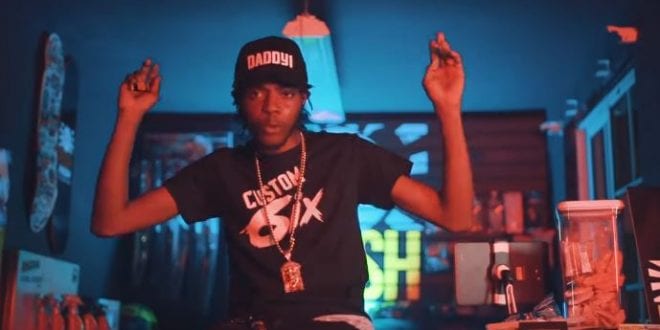 Daddy1’s “CUSTOM” Is The Hottest Song In Jamaica

According to youtube and several other online platforms “Custom” By dancehall fast-rising deejay Daddy1 who is an active member of the 6ix team is the fastest moving song online. Daddy1 alongside Jahvillani and others seems to be favoured by the youths who are very active online hence high streaming numbers.
[Sharingbuttons]

The music video for Custom according to youtube is the most streamed song/video online this Week, noted on August 25. The flashy visual was Published on Aug 13, 2019 and has racked up over 500k views since and holds the number one spot for several days now.

The song Custom by Daddy1 was produced by 2019 OSJ Records.

Notably WICKED GYAL by DEXTA DAPS is the second top streamed song this week after holding the number one position last week, Chronic Law’s “Friendship” is the 3rd most-streamed this week.

Watch the music video below!