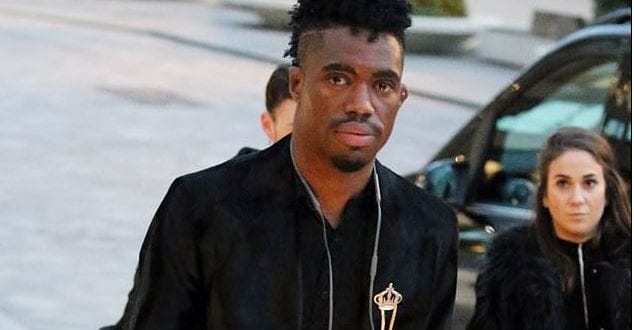 Dalton Harris Says New Music and Album On The Way

Dalton Harris the 2018 X-Factor winner posted many tweets yesterday as he pleaded with his fans to be patient as he is working on his music.

Dalton Harris the very Talented Jamaican singer won Digicel Rising Star and then signed with VP Records, before he participated in X-Factor in the UK. Even though there were rumours of him being allegedly Gay when he was on the show and he was bashed by some of his fans. Dalton’s talent stood out and he was the winner of the popular competition.

Dalton has been updating his fans on twitter, as he knows they have been looking out for the release of his new music since he won. He said he knew the release of his album has been taking a long time, but he wants his fans to know that “Nothing is gonna be just a song, every single song has a very important meaning and every video has a concept that kinda challenges perceptions of societal structure, on a human level and what you should do to fit in. I can’t wait to introduce you guys to the truest me.” He posted.

Fans have been reacting to his messages and they have expressed their love for him and the joy they had when he won. They are looking forward to hearing his new music.

He has been telling them how his life has changed in the last two years, he remembers everything about X-Factor and how he kept on having hope. He also wrote about how far he has come since he won.

He told his fans that they will love his music, as he is now working with a Record Label and a management team. He also said, “I can’t wait to introduce you guys to the truest me.”

He spoke about the many comments people were making and even mentioned one in which someone said his career was dead.
However, he continues asking his fans to be patient and he promises that they won’t be disappointed.