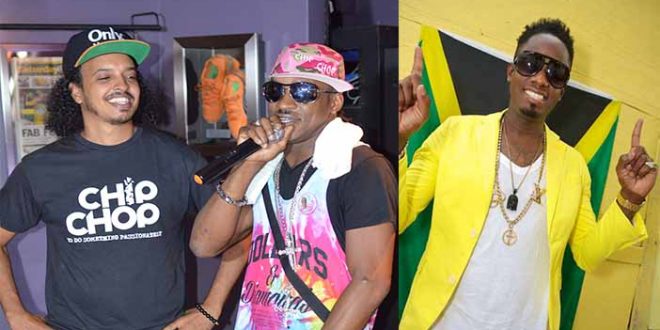 sharetweetWhatsapp
PinterestRedditStumbleuponTumblr
[Sharingbuttons]Jamaica With a competitive rivalry that started many years ago in the dancehall dancing arena, Shelly Belly and Ding Dong’s relatively low key feud has garnered momentum with the release of Sanjay and Shelly Belly’s new counteraction to Ding Dongs Genna Bounce single.

The two are by no means hiding the fact that this single ‘Which Bomb?’ is directed at Ding Dong and the Ravers crew, unlike the shots fired from Ding Dong over the years which has been mostly subliminal.

“Over the years him throw him word in song and in the streets and me no answer him. Now that him see things going well for me him start remix my slang and still disrespecting me so me haffi answer in song” Shelly explained

The single has been making its rounds in the streets and at the various nightly events and has been getting good responses from industry players and fans alike.

“We talking a lot of truth in the song and so the people responding to it, we created Beleh Beleh and Ding Dong twist it and say Lebeh Lebeh and at the same time is hyping and dissing Shelly Belly in the streets, we had to let dancehall know what is really taking place,” Sanjay added

Neither Shelly Belly nor Sanjay intend to ensue violence with this lyrical feud however, and want to assure their fans that this is simply a battle of words.

Two weeks ago fellow dancer Marvin Di Beast took to the mic to voice his support for Shelly Belly and vent his anger at Ding Dong in a subliminal manner. Marvin also went on to say that he will not dance to Ding Dong’s songs.

“Dancehall is all about competitiveness and counteraction in every space even with dancers, but it doesn’t need to get to a violent place at all, we intend to keep the ‘war’ on the dancefloor,’ Sanjay added

Sanjay and Shelly Belly have been having musical chemistry for a while and have recorded quite a few collaborations including the trending Bully and Sculla Skwella single. The two are focusing on the Sculla Skwella project which is gaining momentum worldwide and should have the official music video out shortly. The video for Which Bomb can be viewed online on Sanjay’s YouTube channel.
SOURCE: StreetCred Jamaica