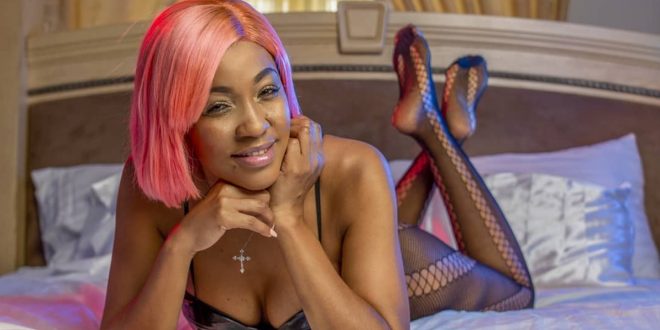 D’Angel slept with Vybz Kartel?… According to Don Mafia in His New Song

Dancehall Gossip, In a recent Instagram post made by veteran Dancehall artiste Beenie man, he said some very controversial things that were targeted at Don Mafia a recording artiste and song-writer who was previously affiliated with Beenie man’s camp.

Don mafia did not hesitate to respond to Beenie’s comments as immediately following the certified “King of Dancehall’s” post, Don mafia who Beenie man referred to as Carol in his previous video responded with a song directly disrespecting Beenie Man and making some very controversial declarations.

It seems as if Beenie man’s post really got the attention of Don Mafia by what the grammy artiste said was the reasons as to why the two were no longer in a business partnership or even friends.

Don Mafia however had a different take on the issue as the song posted by him touched on a few topics that are seemingly counteractive to the arguments of Beenie man. In the chorus of the previewed song, he mentioned that the same friend whos life he saved is trying to get him out.

Wittingly he further mentioned in a lyric “The world know say a lie yah tell, A tell di people dem bout mi nuh like angel, den nuh you a run to me when she guh F#c$ Kartel”.