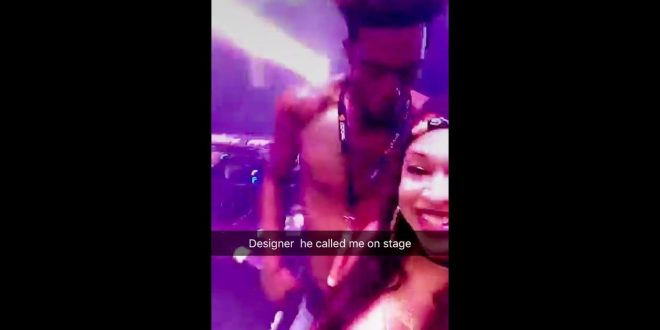 Desiigner caught IN THE CLUB Dancing on a TRANSGENDER

👁️ 155 VIEWS
sharetweetWhatsapp
PinterestDiggLinkedinRedditStumbleuponTumblr
Share
Rapper Desiigner is now feeling some type of way after finding out that the girl that he was wilding out with and grinding on at a club recently was actually a man. Desiigner who seemingly feels bad about the situation took to the internet to clear up his name. The person Desiigner was dancing with is said to be a popular transgender named Sydney Star.

See Desiigner and the transgender named Sydney Star in this video below!