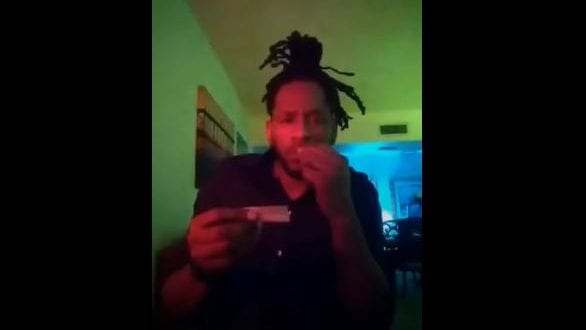 Former Gaza member Deva Brat who is embroiled in a lyrical beef with fellow deejay Chronic Law took to his social media earlier to address his beef with Chronic Law. After dissing a youtube vlogger and asking other artistes to leave his name alone, it was on the topic of Vybz Kartel and as usual, Deva Bratt has stories about himself and Kartel that the world has never heard before.
[Sharingbuttons]

Rape Argument!
Chronic Law called out Deva Bratt weeks ago in a song labeling him as a rapist. Deva Bratt in a lengthy video posted online yesterday that he was friend with a young girl in his community, he was trying to help her in life. “mi jus did a try something different.. starting dating a younger person.. try to send her through school” Deva Bratt states that he had it in mind to grow her up and have her as his own but he got a big break during the process and the young girl’s family called police on him which lead to him getting charge however he was not convicted. Deva Bratt states that the rape reports on him cost him his career.

Kartel is his general, “you a bad artiste, mi cah guh round that” Deva explains that he still rate Vybz Kartel as a deejay and hope things could be better between the two. Deva Brat went on to state that Kartel labeled him as a rapist and how much prison don’t want him but instead, Kartel is in Prison not him.

Deva Bratt also gave a story about taking shorty out of a dance after there was a feud and shots being fired “we have history bredda.. far we a come from.. memba nuh bredda” Bratt also recall people firing shots after him back in the days just because he represents Empire.

“stop press like pan dem likkle batty bwoy deh song” Deva calls for Kartel to stop from supporting artiste who are going around dissing him, he also took the time out to remind kartel that he is in Prison thus he should not be calling anybody rapist.

Deva Bratt states that he is currently in USA doing a 9 to 5 work. He also states that he won’t be doing any scamming nor coke selling while he’s in America, he has lost 7 jobs in 4 months. He looks to relaunch is career this year.