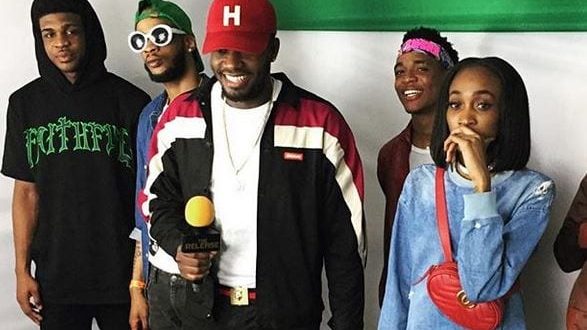 sharetweetWhatsapp
PinterestRedditStumbleuponTumblr
[Sharingbuttons]Ding Dong’s FLING song was arguably one of the most popular of last year 2017, no question about which dance was the biggest dance in the country, having the PM dancing to his dance and music, Ding Dong created history in 2017. In a recent onstage Interview Ding stated that having the PM Andrew Holness dance onstage with him was the biggest achievement of his career so far.

Ding also hints about a big deal in the pipeline that he’s about announce over the weekend. Ding Dong also gives credit to his crew(out-side of dancing) for his success.

With memorable performances at the recent stagings of Shaggy and friends and also last week’s Rebel Salute Ding Dong is surely on the up. The enter mentions that he’s looking to bring all dancers in Ravers crew to the fore-front one by one, Last one was Kool ravers next he’s looking to introduce Silent ravers to the public.