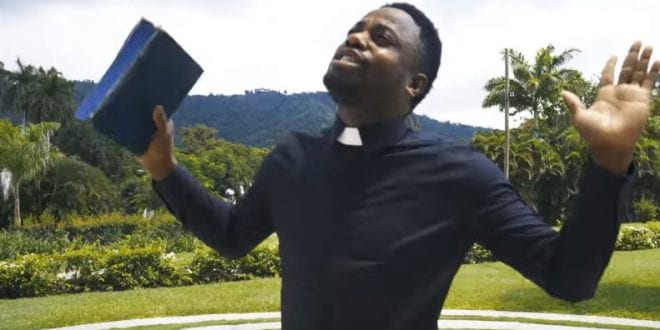 Ding Dong Has The Hottest Song/Video In Jamaica

Dancer turn deejay Ding Dong is solidifying himself as the ultimate dancehall dance tune creator with this his latest release called Snappin’.

According to youtube and several other online platforms “Snappin’” By Ravers boss Ding Dong is the fastest moving song online. The high tempo party dancehall track was released on October 13th, less than a week ago and has racked up over 350k views on youtube as of October 18th.

Check out the number one trending visual for Snammpin Below

Ding Ding has been an inspiration for many of the youth in Jamaica and other places, because of his hard work and humility. He is now a cultural ambassador for New York and he also received the Cultural Special Congressional Recognition certificate awardee. He started out with a dance move he called Syvah and the music to match and didn’t expect to be where he is now. He is very passionate about what he does and he got married recently.

Ding Dong whose real name is Kemar Christopher Dwaine Ottey spoke about his values, his love for his children and his plan to uplift the youth in an interview a long time ago and now it is clear that he is doing what he planned to do and the Ravers Clavers (a team of young dancers) are going places. They are all a part of the Romeich Entertainment team.