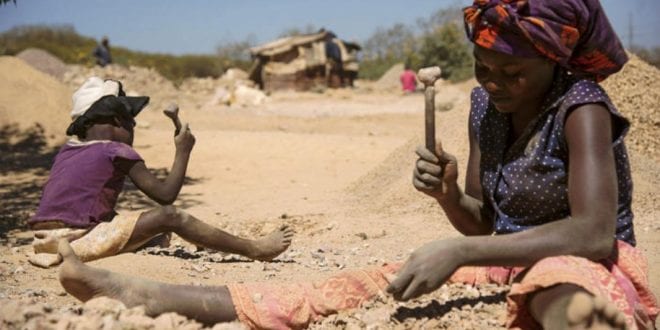 Google, Apple, Tesla and Microsoft are among the firms listed in a lawsuit that was filed for those who are seeking damages for injuries and deaths of child miners in the Democratic Republic of Congo.

The case was filed on the behalf of 14 Congolese families by the International Rights Advocates.
The companies were accused of knowing that the Cobalt they use in the products they make was possibly linked with child labour.

The DR Congo produces 60% of the Cobalt that is used in the world.

Lithium-ion batteries are produced with it and Electric cars, laptops and smartphones are powered by it.

However, the extraction process has been a major concern because of illegal mining, corruption and human rights abuses. In some cases students have skipped meals to buy online data as they are not properly paid.

The precious metal is causing a new Gold rush, and there are some individuals who are concerned that the lawsuit could lead to a reduction in the production of smartphones.

It is being argued that the Companies needed to regulate their supply chains and so they wouldn’t profit from exploitation.

Zhejiang Huayou cobalt and Glencore owned the minefields where it is alleged that the children worked when they died. Dell is also listed in the lawsuit.

Sources revealed that Glencore issued a statement that it “does not purchase, process or trade any mined ore and it does not tolerate any form of child forced, or compulsory labour.

There have been several reports made when tunnels collapsed, and children are buried alive or injured.

However, Microsoft also said they were committed to responsible sourcing of minerals. They investigate and take action against any violation by the suppliers.

Previous Masicka Shows off his Long-time Girlfriend
Next More Murders, Less Rapes this year when Compared to Last Year