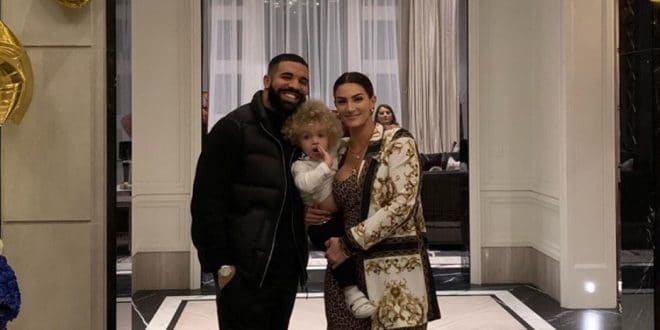 Adonis, Drake’s son who initially was not shown to the world is once again shown by his mother who happens to be enthusiastic to share her son’s photos online for everyone to see.

It was Sophie Brussaux’s birthday and she kept a birthday party with friends, so far the most viral snap of the event is with her and her son Adonis.

Drake only posted pictures online of his son in 2020 after admitting two years ago to having a child during beef with fellow rapper Pusha-T.

In June 2018 Drake confirmed that he had a son “Adonis” with Sophie Brussax, the rapper also revealed recently, that he felt ‘great’ sharing his son with the world, and he explained why it felt ‘freeing’ to tell everyone.