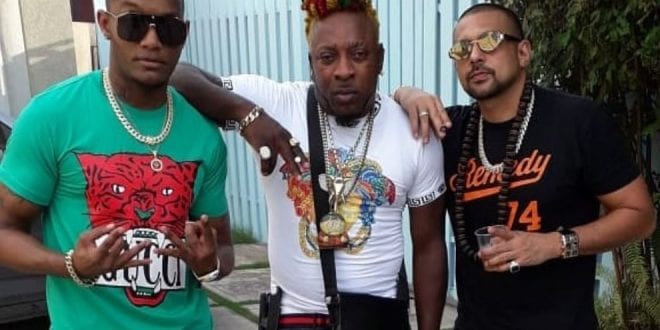 Elephant Man is celebrating international success with his latest single ‘Find It.’

“Sean B charts is not a joke. so UK a tek it to dem”. Skatta Burrell wrote in an Instagram post.

The BBC owns and operates the digital urban contemporary and Black music radio station in the UK, it is the sister station to BBC Radio 1.

Elephant man performed on Reggae Sumfest earlier this year after being absent for 5 years.

The Energy God said image is everything and he found new energy at the last Sumfest when he saw how Jamaican music attracted such a huge crowd, he realized that there were no foreign artistes on the show and he felt good to know that Jamaican music was loved so much by so many fans from all over the world.

In a recent interview, he spoke about the dancers and their talent that was displayed in his music video and how proud he is of them. He is feeling good about the new “Find It” song that has brought him back to dancehall and he is also looking forward to a follow-up song to be released in December.

The production deal that he made with Joe Bogdanovich and the Downsound family has given him the energy to put back life into the dancehall music business. He believes the Jamaican music needed his energy at this time and he is glad that Joe contacted him, and they have started working together as they will explode on the scene and create the energy that is needed in the business now.

When he was asked about the new dancehall trap genre that the younger artistes are now promoting, he said big artistes overseas are putting dancehall into their music to make hits, and he had to stay true to the foundation of Reggae music in order to make it big in the business. He suggests that the young artiste should always respect the founding stars in the music such as Bob Marley and don’t stray too far.

People love Jamaican music so much that there is no need for Jamaican artistes to borrow from Hip Hop when they are trying to make hits. He is back to represent for dancehall and give the dancers a platform to build on

Elephant Man performed at Reggae Sumfest for 10 consecutive years before he took a break. He wanted people to miss him, he was called twice after his last performance, but the money wasn’t right when the first call came, and he had other plans when the second one was made.

Previous “i was’nt trying to kill mi baby” Says Mother after Her baby was found in Toilet [Video]
Next Sikka Rymes Shot, Now in CRITICAL condition