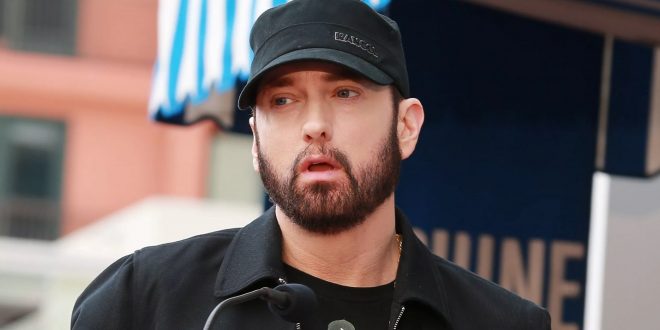 Rapper Eminem’s home invasion case was aired in court on Wednesday, September 9th and the highlight of the day came from the rapper claiming that the man who broke a window to get into his Detriot home back in April wanted to kill him.

The estrange man named Matthew Hughes managed to beat Eminem’s security to get to the multimillionaire rapper and told him that he was there to kill him according to a court document.

Initially, Eminem thought that the invader was his nephew as the visibility was not clear in the room when they first crossed paths. Eminem’s security later managed to capture the seemingly mental man before he could do any harm to the rapper, they later handed him over to the police.

A reporter Nick Perreault who was present in the courtroom broke the news and explained that the matter will continue at the Macomb County Circuit court September on 28th.

Nick Perreault went on to outline that Eminem was not present in court on Wednesday and Matthew Hughes is currently held in lockup with a $50,000 cash bond.

RELATED: Eminem talks of Regrets about his Daughter Hailie