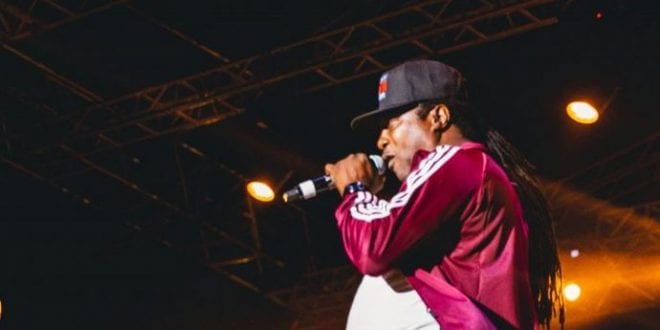 Flourgon at Rebel Salute and how he Feels about Winning

Reggae Salute pulls thousands of people from around the world to enjoy a two-night party in St. Ann, Jamaica. It was good that Flourgon was there, performing for his fans and singing his song “We run Tings”.

In an interview after his performance, Flourgon said, he is happy that he was still appreciated, and he is performing on the big stage in Jamaica after so many years. Many persons said he would not be able to win the case and he was wasting time. However, he knew about copyright infringement because he kept on reading about it, and he knew he was on the right track all along.

He was hanging out with Daddy Lizard and his son Chad Hype who is planning to become famous in the music business as well.

When he was asked to say more about the case that he had just won, he said he couldn’t say much but he was tired of the craziness, so he found a place to find peace. He is very glad that he won the case and it is over and he will talk more about it in the future.

Flourgon winning the copyright infringement case was not just a win for him, but for the many other Jamaican, Caribbean and African artistes who are being robbed in that way.

Rebel Salute at the Grizzly’s Plantation Cove had a mix of reverence and energy from the patrons on Friday night.
The show was on time, even though some of the patrons complained about long band changes. There was tight stage management and the artistes were kept in check.

There were many singing and dancing as the audience enjoyed the Reggae music while their favourite Jamaican artistes performed.