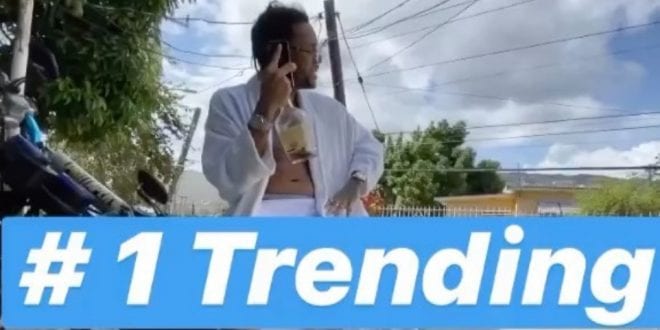 Gold Gad has the #1 Trending Song/Video in Jamaica

This week it’s a surprise as to who is leading the pack with the number one trending dancehall song, fast-rising dancehall artiste Gold Gad has finally made his mark in the music space after trying for a while.

A scammer anthem or of more recent a “choppa anthem” for 2020 as Jamaican youths demand scammer songs to match a lot of their desired lifestyle.

According to youtube and several other online platforms “Client Convo” is the most stream song on youtube in Jamaica since it’s release a couple of days ago, noted on March 1, 2020.

Roddy Ricch as the second most-streamed song in Jamaica with “The Box” while Kartel is in the 3rd spot with “Body Language”.

The visual was released on February 27 and has racked up over 150K views on youtube since it’s release. Watch full below