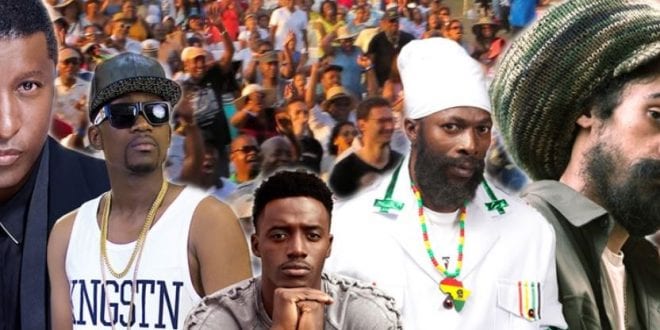 14
SHARES
sharetweetWhatsapp
PinterestDiggLinkedinRedditStumbleuponTumblr
Share
Groovin in the Park 2018 was a big success, it was held at the right venue, it is now a staple on the summer concert calendar. Families enjoy watching their favorite Reggae and R&B artistes that are featured at the event. Patrons were very happy to be able to enjoy great entertainment at the Roy Wilkins Park, Queens, New York even though the day was a bit bleak in the morning the skies eventually cleared and the music lovers enjoyed the show.

Quality entertainment that is good for families was provided for persons who live in the tri-borough area of New York and the show was supported in a great way by persons from Jamaica and most of the other Caribbean islands, and it has been growing over the years; as there is an increase in the demand for high class entertainment, so that families can relax and enjoy themselves. This event has been viewed as one that is fulfilling the needs of the people in many ways, as there are other businesses in the area that benefit from the having the event in the area.

Romain Virgo was one of the many artiste that performed at the concert this year and he delivered a high quality performance that his fans enjoyed. He felt honored to share the stage with Capelton,, Busy Signal, Junior Gong, Baby Face Pam Hall and other female artistes.

Patrons came out to see mainly Junior Gong and the Fire man Capelton, who was full of energy and delivered a great performance, even though he talked about his tests, he was glad to be there so he could entertain the large crowd.

Busy Signal spoke about his problems and how he is glad he has put them behind him and is now having a good time, his performance was good, he was well received by the crowd as well.

Groovin in the Park 2018 was a huge success and music lovers are looking forward to be there again next year, the unity among the Caribbean people was very good.