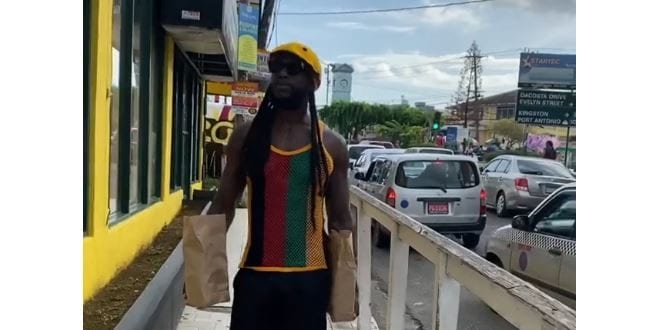 sharetweetWhatsapp
PinterestDiggLinkedinRedditStumbleuponTumblr
Share
Rapper, Gucci Mane and his Jamaican wife Keyshia Ka’oir have been enjoying Christmas in Jamaica, they are touring the country. Their excitement is being shared on IG, a video of them pool surfing in Ocho Rios was shared recently. He also shared a video that was uncut and raw than the resort property.

In his most recent video, he had 2 paper bags filled with Jamaican patties, and he wears a wool merino in the red, gold, green and black colours, like the flag of the Ethiopian flag. He is disguised in a wool hat that matched the merino and has dreadlocks hanging out.

He walked through the town and some people stared and wondered who they just saw. There were several laughing emoji’s in the comments below the video, left by A$AP Rocky, Ka’oir and Yung Miami when these popular stars reacted to the video.

Gucci’s fans have been reacting to his funny clip on social media, the Jamaicans also found it hilarious as he captioned the post “Mi a Rasta Man to Rassss”. Keyshia Ka’oir wrote, “Lawd have mercy!! Guwop wah wrong wid yuh,” as she reacted to the post. 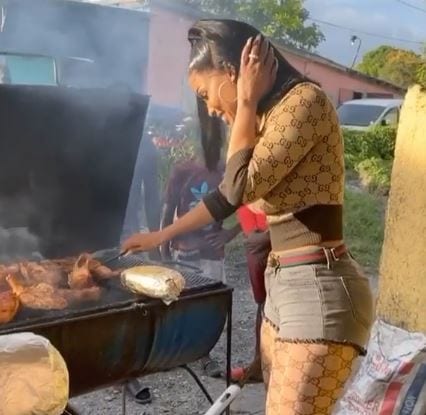 Previous LISTEN: Aidonia – Me Nuh Care : SONG
Next A Texas Barber was Shot 3 Times After he Messed Up a Haircut