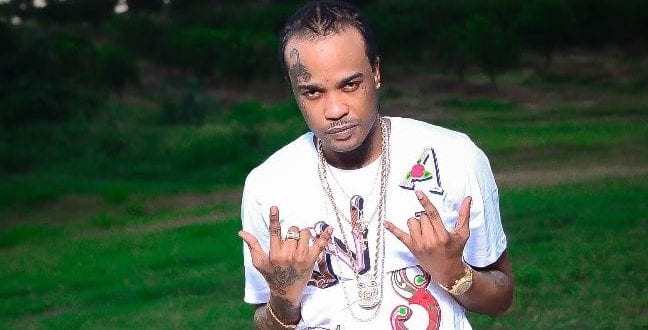 Accompanied by a guitarist and an extra surprised element, the top Billboard charting controversial dancehall figure will perform special renditions from his arsenal of hits, namely; “All About You”, “Grim Rim Rave”, “Money Pon My Mind”, “Savage Life”, “Live My Life” and “Not Formula” (distributed by 21st Hapilos Digital, all music is available on all major streaming platforms and digital outlets).

With his style described as “Gothic Dancehall”, the recording star was influenced by different genres such as reggae, dancehall, hip-hop and rock, the latter obvious in Tommy’s distinctive style and lyrical prowess that have earned him a legion of loyal fans.

Much has been said about the artist who remains quite humble and silent when it comes to both his success, trials and tribulations. “I’m not the only one with obstacles in life, so I take it as it comes and push through. I have to be strong for my children to lead by example.” He related while adding “Music has been my savior.”

But when asked if he saw himself as a role model, Tommy Lee explained, “Entertainers shouldn’t be Role Models because most times it’s a persona, entertainers should be Role Models because of their hard work and success.” Sparta added “If the youths look up to me, let dem look up at me making money and supporting my family, friends and having a business, not because of demons. Let me be a role model for that hard work and dedication.”